EV Cargo’s Palletforce, the multi-award-winning express distribution network, has recently announced a number of people and organisational developments designed to provide the highest levels of quality to its member businesses and their customers.

The industry-wide challenges of 2021, compounded by Brexit, COVID and labour shortages have meant that Palletforce has become more intensely focused on, and committed to being, the best network in the sector.

To support this, and further drive operational excellence, it recently announced a number of promotions within its senior management team.

With a successful history of strengthening the network by attracting high quality, new members, David Breeze takes on the role of Network Development Director. Deb Wallbanks has been promoted to Commercial Finance Director and Simon Bradbury has been promoted to the newly created role of Sales Director.

Earlier this year EV Cargo welcomed Paul Coutts as Global COO. Paul has extensive experience across all aspects of global freight and logistics, having most recently served as the Global CEO of Singapore Post. As part of EV Cargo’s continued focus on service and quality, Mark will report to Paul going forward.

The changes will also see Chief Executive Adam Leonard depart from the business and the Palletforce board would like to thank Adam for his previous contributions and wishes him well.

Mark Tapper, Palletforce Chief Operating Officer, said: “Overall, these changes strengthen Palletforce’s operational focus and capability and enable Palletforce to increase its focus on member recruitment to strengthen delivery capability and ensure that it continues to deliver the highest levels of service to its member transport companies and their customers.

“The combined expertise, resilience and operational acumen of our network is the bedrock on which Palletforce was built over 20 years ago and it will continue to be the driving force as we move into a new and exciting era.” 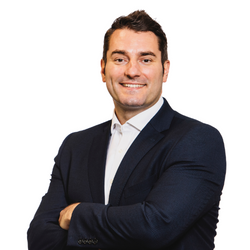 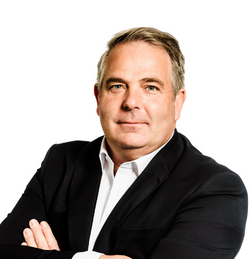 Have a media enquiry?